An anonymous reader of LoveLicton let us know about a celebrity living right here in Licton Springs:

The “tuxedo” cat, Henry, known by his stage name, Henri, Le Chat Noir, is a resident of our neighborhood, though he lives in quiet obscurity, not troubled by his You-Tube fame. He plays the role of a depressed, French cat in a series of videos that have garnered millions of viewers. Henry has over 170,000 Facebook followers and has been featured on Animal Planet and in People magazine. Henry also has two books out on his philosophy and a Wikipedia page. But no French Riviera for this feline! “I love Licton”, says Henry, “it’s the best place in the world for a spoiled, handsome cat.” 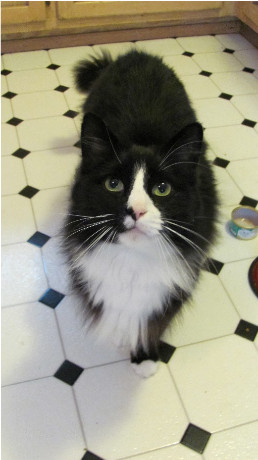 Have your own uniquely awesome pet or something you want to share with your neighbors?

Let us know! We would love to feature your pet or story on our blog. Add a comment on this blog post or contact us directly.