Yesterday around 50 Licton Springs neighbors came together to provide input for the upcoming Home Zone pilot that targets the Southeast corner of Licton Springs. 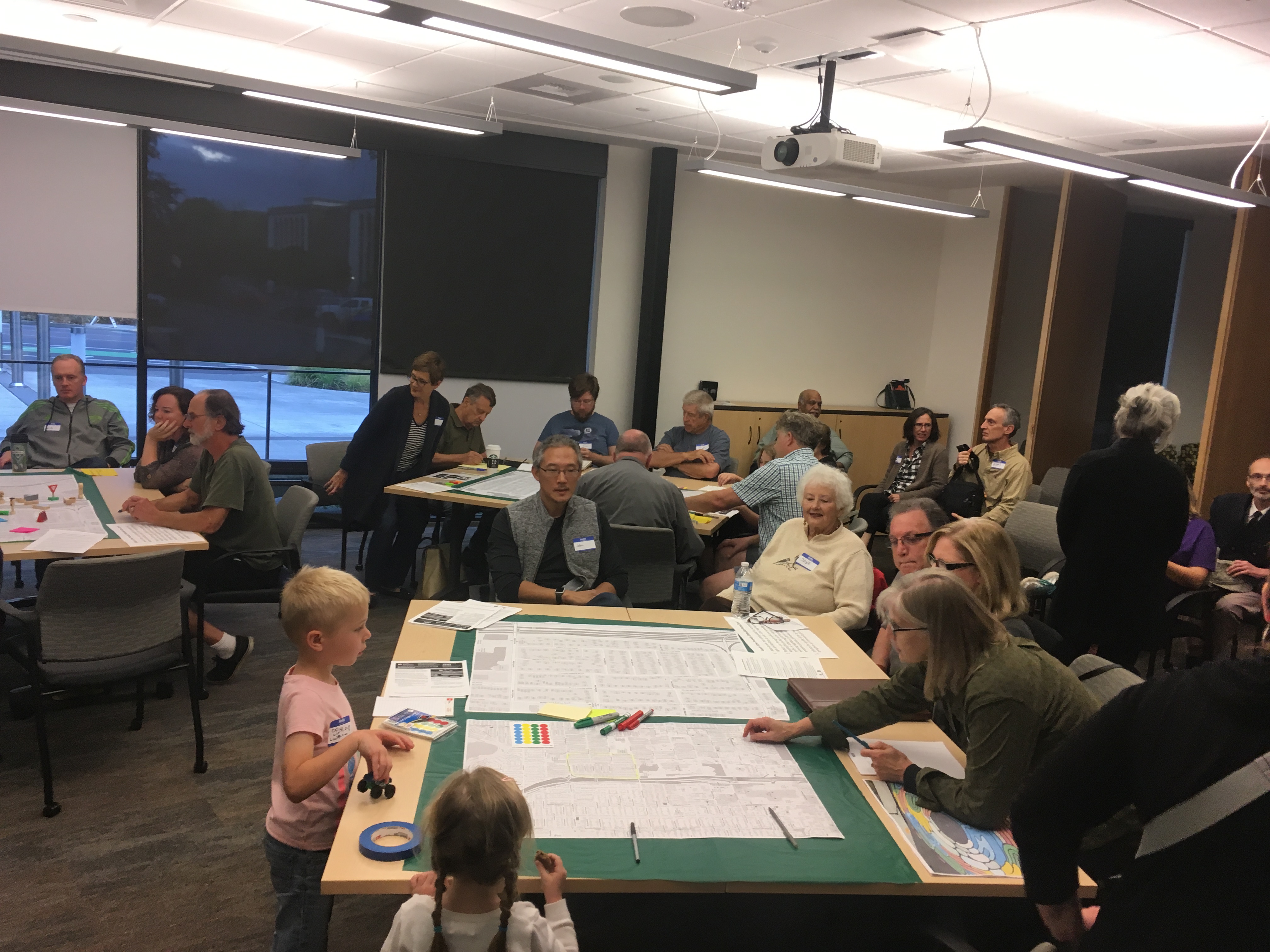 After a brief introduction about the desire of the pilot and the inherent limitations due to a small budget size, neighbors split up into groups to separately tackle traffic calming, community art, and wayfinding.

During the meeting the following existing areas of concern were identified:

During the meeting, there was also concern expressed around a previous proposal to close Meridian off at 92nd with a "Do Not Enter" sign. Much of the concern centered around the fact that closing off the street could move the traffic onto other roads, in particular, Corliss, while not addressing walkability. This lined up well with much of the Anonymous feedback we received from our online survey:

After discussion, the community seemed to coalesce around the idea of working to limit speed on both Meridian and Corliss with inexpensive traffic calming measures, rather than entirely block access.

Many ideas were brought up to increase the walkability of the area including:

With the immediate next steps focused on art and wayfinding as traffic calming requires permit approval from SDOT and will take more time to put in place.

There is still plenty of time to provide feedback or get involved! To do so take the survey or email [email protected]. You can also keep up with the latest on the home zone at bit.ly/walkzone which I'll do my best to update as more input is gathered and proposals are modified or implemented.